@KatieLabno @ringostarrmusic Thank you! Not feeling old at all!! X

Christmas concert at the Bridgewater hall with the Halle. It is officially Christmas #hallejinglebells

I'm at #hallejinglebells - and its totally fabulous! I'm jingling my bells like nobody's business!

what a fantastic afternoon on Sunday #hallejinglebells, at the Bridgewater Hall in Manchester.

Thanks so much for wonderful Beanbag Proms today@alasdairmalloy @sinfoniavivauk.. totally in the Christmas spirit now! Brilliant stuff!

Here’s the trailer video for Scott’s new album which had me playing all sorts of extreme percussion including machetes and a chisel! The album comes out on December 4th.

Read an article about it here.

END_OF_DOCUMENT_TOKEN_TO_BE_REPLACED

The concert was totally sold out, rammed with a heady mix of keen parents, excited 4-6 year olds in furry animal costumes

END_OF_DOCUMENT_TOKEN_TO_BE_REPLACED

There are certain aspects of being an orchestral musician which can appear baffling to an outsider especially the collective sense of humour. A fair amount of this is based in orchestral “traditions” – responses to comments, events or musical moments – which have been passed down the generations of players and while each orchestra might have its own set of these there are several which seem to be common to most orchestras.

END_OF_DOCUMENT_TOKEN_TO_BE_REPLACED

Me and my shadow!

It’s a happy coincidence that in the 250th year since Benjamin Franklin invented the Armonica I have been having all sorts of new musical experiences with mine. In addition to several films and recording sessions with bands earlier in the year, July had the premiere of George Benjamin’s Opera Written on Skin, where the glass harmonica represents an Angel who sidesteps between the present and the past. There are two significant moments for the instrument which underpin the inner thoughts of this character and the sound of the instrument perfectly captures the otherworldliness of the character. I have further performances of this coming up – the next run is in Toulouse in November.

END_OF_DOCUMENT_TOKEN_TO_BE_REPLACED 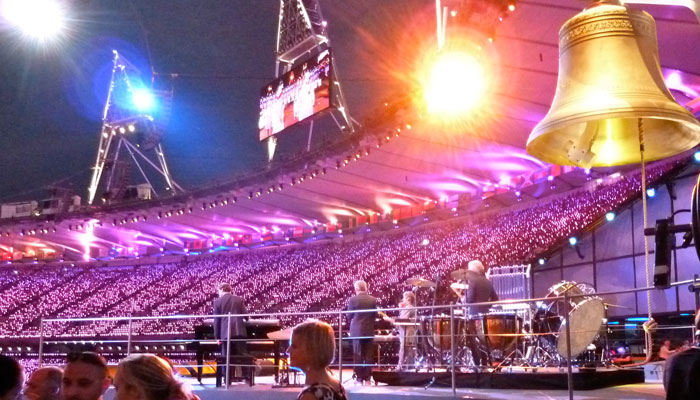 January 13th 2012 7.20 p.m.:  Just about to go onstage in Hong Kong City Hall for a concert with my friends in the Hong Kong Sinfonietta. Head full of script and a few cantonese phrases learnt by rote. You have to get the pronunciation just right or the meaning can change from perfect politeness to extreme rudeness!